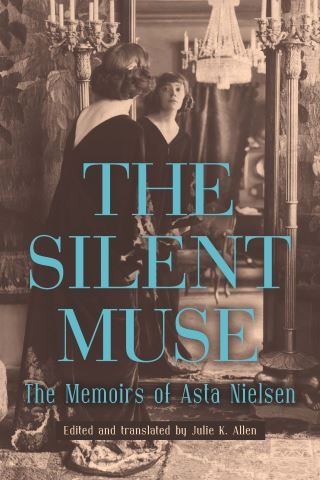 The Memoirs of Asta Nielsen

From her explosive screen debut in The Abyss (1910) through her "scandalous" fourth marriage at age 89, the Danish actress Asta Nielsen (1881-1972) was a darling of fans and the press, a global star without parallel in the silent era. So famous in Germany that she was known simply as "die Asta," during her two decades of active filmmaking Nielsen also published about her career, her impoverished childhood, her breakthrough into film, the price of fame, and her interactions with the German film industry.
In 1938 Nielsen returned to Denmark, where she published her memoirs in two volumes in 1945-46, expanding on her earlier writings. This carefully crafted, colorful text offers eyewitness insights into early European film, Nielsen's star persona, and the challenges of stardom in Germany in the tumultuous period before World War II. Yet although they have appeared in multiple Danish, German, and Russian editions, the memoirs have never been published in English until now. Nielsen's work has enduring value for transnational film history, and the recent growth of interest in women's contributions to early film makes the time ripe for this translation. Julie K. Allen accompanies the text with a scholarly introduction and annotations, and a foreword by leading early film scholar Jennifer M. Bean frames the volume.

Asta Nielsen: ASTA NIELSEN (1881-1972) was a Danish actress, one of the greatest stars of the silent film era.