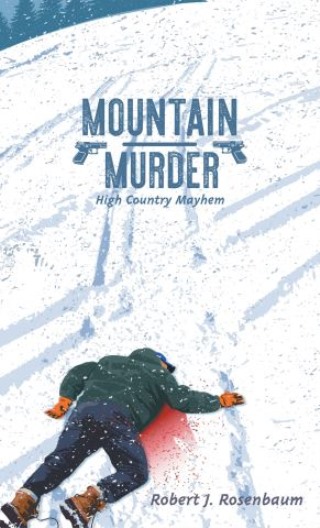 Mountain Murder is the fifth entry in the Western Slope Mystery series. All are set in a fictionalized version of Colorado’s Western Slope. Mountain Murder opens on a high plateau late on a December afternoon where a Colorado Parks Ranger is checking snowmobiles for current registration stickers. He is about to quit for the day when a new group appears. They don’t have stickers, current or otherwise. As he asks for identification, he is shot in the back. The ranger’s death quickly grows from a county investigation to include C.W. Blakenship of the Colorado Bureau of Investigation, then expands to three county sheriff departments and the state police. When leads point to a Texas drug and weapons operation with ties to Mexican cartels, the FBI and the ATF also come into play. The hunt for the killers and stolen weapons plays out in high country snow and gunfire.

Robert J. Rosenbaum: Bob Rosenbaum holds a PhD from the University of Texas at Austin in US History with a specialty in the American West and has taught at four universities, the latest being the Montrose campus of Colorado Mesa University. He also served as speech writer for the Texas Attorney General Jim Mattox followed by a similar position for Commissioner of the Texas General Land Office Garry Mauro. In addition, he has written several scholarly works, chief among the being Mexicano Resistance in the Southwest and ghosted Susie Nelson’s biography of her father, Willie. The first of the Western Slope mystery took shape from a DEA raid on a dairy owned by a neighbor of his brothers in Montrose County. When political fortunes ended Commissioner Mauros’ tenure he moved permanently to Arrowhead, a small urban-wildlife interface community in the San Juans, and the cabin he’d built (at 9000 feet) some years earlier. While in residence, he served as fire chief for the volunteer fire department and forest manger for the communities 2500 acres of common land. Age, however, ultimately won out and he now lives in Olathe adjacent to his brother’s pig farm.