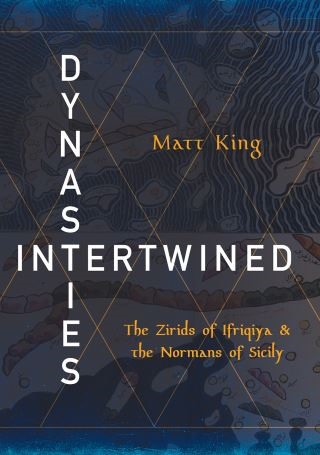 The Zirids of Ifriqiya and the Normans of Sicily

Dynasties Intertwined traces the turbulent relationship between the Zirids of Ifriqiya and the Normans of Sicily during the eleventh and twelfth centuries. In doing so, it reveals the complex web of economic, political, cultural, and military connections that linked the two dynasties to each other and to other polities across the medieval Mediterranean. Furthermore, despite the contemporary interfaith holy wars happening around the Zirids and Normans, their relationship was never governed by an overarching ideology like jihad or crusade. Instead, both dynasties pursued policies that they thought would expand their power and wealth, either through collaboration or conflict. The relationship between the Zirids and Normans ultimately came to a violent end in the 1140s, when a devastating drought crippled Ifriqiya. The Normans seized this opportunity to conquer lands across the Ifriqiyan coast, bringing an end to the Zirid dynasty and forming the Norman kingdom of Africa, which persisted until the Almohad conquest of Mahdia in 1160.

Previous scholarship on medieval North Africa during the reign of the Zirids has depicted the region as one of instability and political anarchy that rendered local lords powerless in the face of foreign conquest. Matt King shows that, to the contrary, the Zirids and other local lords in Ifriqiya were integral parts of the far-reaching political and economic networks across the Mediterranean. Despite the eventual collapse of the Zirid dynasty at the hands of the Normans, Dynasties Intertwined makes clear that its emirs were active and consequential Mediterranean players for much of the eleventh and twelfth centuries, with political agency independent of their Christian neighbors across the Strait of Sicily.

Matt King is Assistant Professor of Medieval History and Digital Humanities at the University of South Florida.