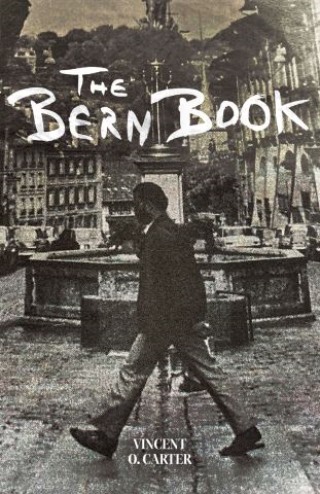 A Record of a Voyage of the Mind

The Bern Book is a travelogue, a memoir, a “diary of an isolated soul” (Darryl Pinckney), and a meditation on the myth and reality of race in midcentury Europe and America.

In 1953, having left the US and settled in Bern, Switzerland, Vincent O. Carter, a struggling writer, set about composing a “record of a voyage of the mind.” The voyage begins with Carter’s furiously good-humored description of how, every time he leaves the house, he must face the possibility of being asked “the hated question” (namely, Why did you, a black man born in America, come to Bern?). It continues with stories of travel, war, financial struggle, the pleasure of walking, the pain of self-loathing, and, through it all, various experiments in what Carter calls “lacerating subjective sociology.” Now this long-neglected volume is back in print for the first time since 1973.

Vincent O. Carter: Vincent O. Carter (1924–1983) was born and raised in Kansas City, Missouri. During World War II, he stormed the beaches at Normandy and took part in the liberation of Paris. On returning to America, he went to Lincoln University on the GI Bill, tried graduate school, but then, longing for escape, left the US for France, then Holland, then Germany, before settling in Bern, where he lived from 1953 until his death. Carter is also the author of the novel Such Sweet Thunder, available from Steerforth Press.