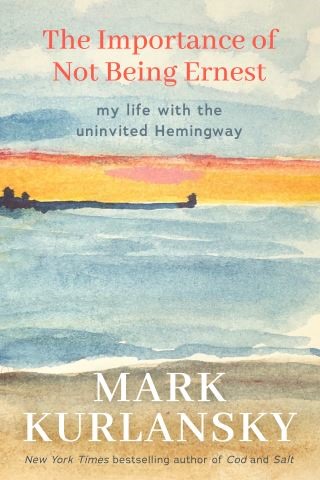 The Importance of Not Being Ernest

My Life with the Uninvited Hemingway (A unique Ernest Hemingway biography, Gift for writers)

Mark has recieved numerous awards, including:

Mark Kurlansky: Mark Kurlansky was born in Hartford, Connecticut. After receiving a BA in Theater from Butler University in 1970—and refusing to serve in the military—Kurlansky worked in New York as a playwright, having a number of off-off Broadway productions, and as a playwright-in-residence at Brooklyn College. He has worked many other jobs, including as a commercial fisherman, a dock worker, a paralegal, a cook, and a pastry chef. In the mid-1970s he turned to journalism, and from 1976 to 1991 he worked as a foreign correspondent for The International Herald Tribune, The Chicago Tribune, The Miami Herald, and The Philadelphia Inquirer. Based in Paris and then Mexico, he reported on Europe, West Africa, Southeast Asia, Central America, Latin America, and the Caribbean. His articles have appeared in a wide variety of newspapers and magazines, including The Philadelphia Inquirer, The Miami Herald, The Chicago Tribune, The Los Angeles Times, Time, The New York Times and many more. He has had 35 books published including fiction, nonfiction, and children's books. His books include Havana, Cod, Salt, Paper, The Basque History of the World, 1968, The Big Oyster, among other titles. He has received the Dayton Literary Peace Prize, Bon Appetit’s Food Writer of the Year Award, the James Beard Award, and the Glenfiddich Award. He lives in New York City.