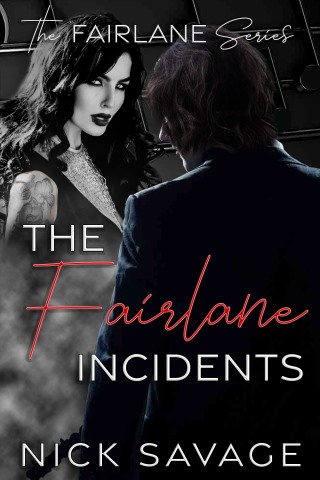 Once you find your muse, never let them go.
Finn Fairlane is a music producer who has lost his inspiration to create. While jumping from one one-night stand to the next, his focus unexpectedly shifts when he crosses paths with his former college girlfriend, Faith Siubhal.
In the midst of promoting an enterprising band's new album, his attention is split between ensuring his continued success and interpreting his feelings for the incredible woman he left behind to make his dreams come true. Faith has always been Finn's muse, but can the feisty woman she's become still inspire his musical genius?
Hoping she feels the same, career hanging in the balance, Finn struggles to rekindle their spark. Unfortunately for Finn, whether his ex-lover is ready to give their romance a second chance or not, his job and the other women in his life have different ideas.

Nick Savage: Nick Savage lives in the Orlando area with his wife and 2 cats. He is an award winning & best-selling author who writes both Modern Romance and Contemporary Fantasy. He is also an artist, and video game nerd. Follow on FB @SavageWritings, IG @TheAuthorNickSavage, Twitter @SavageWrites.