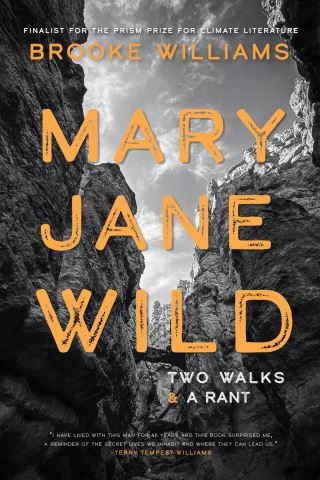 Two Walks and a Rant

Brooke Williams walked twice into Southern Utah’s Mary Jane Wilderness: at the beginning of the Trump presidency, which will be seen as among most tumultuous and destructive in American History, and four-years later at its end.  In Mary Jane Wild Brooke documents his experience in this magical place, his sense of what happened during the Trump dynasty, why, and its possible long-term effects. It is also his story of how walking in the wilderness heals, helps him identify, then adapt to changing modern conditions, and understand the role wildness continues to play in the evolution of life.

Brooke Williams: Brooke‘s life has been one of adventure and wilderness exploration. He writes in an effort to understand the importance of wildness in modern life. He’s written dozens of stories and articles, and five books including Halflives: Reconciling Work and Wildness, and his most recent, Open Midnight, which documents his exploration of places where the outer and inner wilderness meet. His conservation career spans five decades, most recently with the Southern Utah Wilderness Alliance. He has an MBA in Sustainable Business from the Bainbridge Graduate Institute. He and his wife, the writer Terry Tempest Williams, and their dog, Winslow live near Moab, Utah.