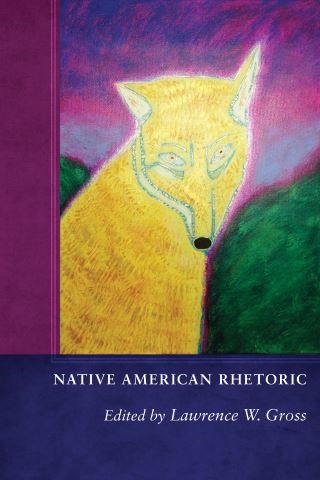 Native American Rhetoric is the first book to explore rhetorical traditions from within individual Native communities and Native languages. The essays set a new standard for how rhetoric is talked about, written about, and taught. The contributors argue that Native rhetorical practices have their own interior logic, which is grounded in the morality and religion of their given traditions. Once we understand the ways in which Native rhetorical practices are rooted in culture and tradition, the phenomenological expression of the speech patterns becomes clear. The value of Native communities and their languages is underlined throughout the essays. Lawrence W. Gross and the contributors successfully represent several, but not all, Native communities across the United States and Mexico, including the Haudenosaunee, Anishinaabe, Choctaw, Nahua, Chickasaw and Chicana, Tohono O’odham, Navajo, Apache, Hupa, Lower Coast Salish, Koyukon, Tlingit, and Nez Perce. Native American Rhetoric will be an essential resource for continued discussions of Native American rhetorical practices in and beyond the discipline of rhetoric.