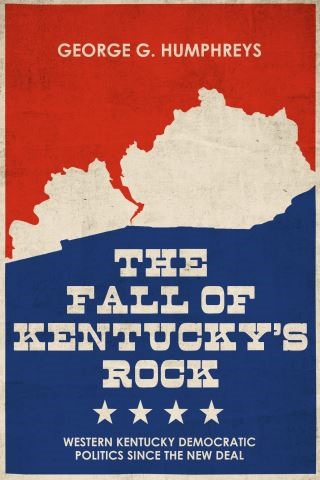 The Fall of Kentucky's Rock

This in-depth study offers a new examination of a region that is often overlooked in political histories of the Bluegrass State. George G. Humphreys traces the arc of politics and the economy in western Kentucky from avid support of the Democratic Party to its present-day Republican identity. He demonstrates that, despite its relative geographic isolation, the region west of the eastern boundary of Hancock, Ohio, Butler, Warren, and Simpson Counties to the Mississippi River played significant roles in state and national politics during the New Deal and postwar eras.

Drawing on extensive archival research and oral history interviews, Humphreys explores the area's political transformation from a solid Democratic voting bloc to a conservative stronghold by examining how developments such as advances in agriculture, the diversification of the economy, and the civil rights movement affected the region. Addressing notable deficiencies in the existing literature, this impressively researched study will leave readers with a deeper understanding of post-1945 Kentucky politics.

George G. Humphreys: George G. Humphreys was research director for the Oklahoma House of Representatives and later the extended campus director for Madisonville Community College. He is the author of Taylorism in France, 1904-1920: The Impact of Scientific Management on Factory Relations and Society and Oklahoma Politics and Policies: Governing the Sooner State.