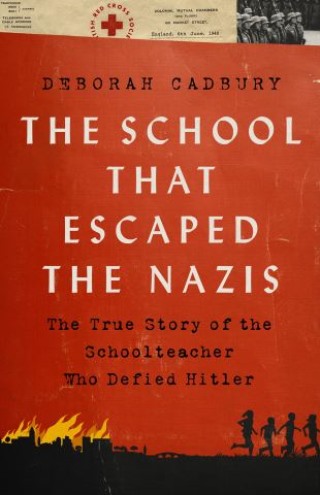 The School that Escaped the Nazis

The True Story of the Schoolteacher Who Defied Hitler

In 1933, the same year Hitler came to power, schoolteacher Anna Essinger saved her small, progressive school from Nazi Germany. Anna had read Mein Kampf and knew the terrible danger that Hitler’s hate-fueled ideologies posed to her pupils, so she hatched a courageous and daring plan: to smuggle her school to the safety of England.

As the school she established in Kent, England, flourished despite the many challenges it faced, the news from her home country continued to darken. Anna watched as Europe slid toward war, with devastating consequences for the Jewish children left behind. In time, Anna would take in orphans who had given up all hope: the survivors of unimaginable horrors. Anna’s school offered these scarred children the love and security they needed to rebuild their lives.

Featuring moving firsthand testimony from surviving pupils, and drawing from letters, diaries, and present-day interviews, The School that Escaped the Nazis is a dramatic human tale that offers a unique perspective on Nazi persecution and the Holocaust. It is also the story of one woman’s refusal to allow her belief in a better world to be overtaken by hatred and violence.

Deborah Cadbury: Deborah Cadbury is the author of eight acclaimed books, including Chocolate Wars; The Dinosaur Hunters; The Lost King of France and Seven Wonders of the Industrial World, for which her accompanying BBC series received a BAFTA nomination; and Princes at War. As a BBC TV producer and executive producer, she has won numerous international awards, including an Emmy. She lives in London.