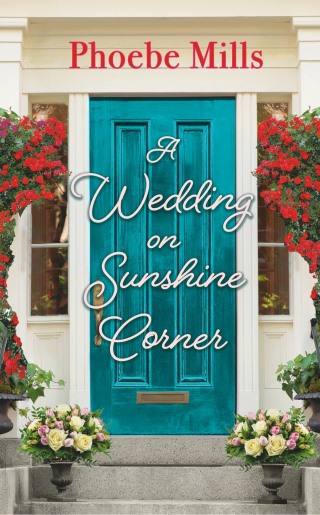 A Wedding on Sunshine Corner

A delightful small-town romance between a daycare teacher and single dad who must overcome their differences to help plan the ultimate wedding.

They’ve driven each other crazy for years, but were they fighting each other—or the chemistry between them?

As the youngest in her loving, overprotective family, Savannah Lowe has always gone with the flow instead of going out on a limb…until now. Her new job running a preschool requires her to be all in. If only the father of one of her students wasn’t her brother’s incredibly infuriating, impossibly attractive best friend. Savannah has no clue what she ever did to make him dislike her, and now they’re stuck spending even more time together planning her brother’s wedding.

Single father Noah Adams has his hands full between his job as a paramedic and caring for his young daughter. The last thing he needs is a complication like Savannah in his life—a girl he remembers being constantly pampered by her family. But the more he gets to know her, the more he sees how kind and compassionate she really is. Now their long-ignored, off-the-charts chemistry has them on a collision course…with each other.

Phoebe Mills: Phoebe Mills lives near the Great Lakes and loves her family, coffee, and binge watching in that order. During the day she wrangles kids and by night she dreams up strong women, dreamy men, and ways to wreak havoc on their lives—before giving them a happy ending, of course! It’s a tough job but there’s nothing else she’d rather do.