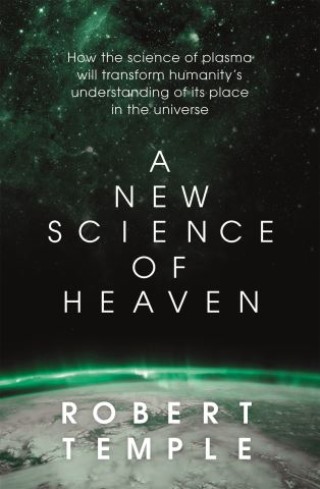 A New Science of Heaven

'This book is an important contribution, and I hope it will open many minds. What is particularly important in it are the discussions of David Bohm, of bioplasma, biophotons, and bioelectronics.' - PROFESSOR ZBIGNIEW WOLKOWSKI, Sorbonne University, Paris

"Answers so many questions, scientific and esoteric, about the true nature of our reality... A seminal work... Will revolutionise how we frame reality and the thinking of everyone on this planet. Kudos to Professor Temple for striking the first match to light the fire." - NEW DAWN

The story of the science of plasma and its revolutionary implications for the way we understand the universe and our place in it.

Histories of science in the 20th century have focused on relativity and quantum mechanics. But, quietly in the background, there has been a third area of exploration which has equally important implications for our understanding of the universe. It is unknown to the general public despite the fact that many Nobel prize winners, senior academics and major research centres around the world have been devoted to it - it is the study of plasma

Plasma is the fourth state of matter and the other three - gas, liquid and solids - emerge out of plasma. This book will reveal how over 99% of the universe is made of plasma and how there are two gigantic clouds of plasma, called the Kordylewski Clouds, hovering between the Earth and the Moon, only recently discovered by astronomers in Hungary. Other revelations not previously known outside narrow academic disciplines include the evidence that in certain circumstances plasma exhibits features that suggest they may be in some sense alive: clouds of plasma have evolved double helixes, banks of cells and crystals, filaments and junctions which could control the flow of electric currents, thus generating an intelligence similar to machine intelligence. We may, in fact, have been looking for signs of extra-terrestrial life in the wrong place.

Bestselling author Robert Temple has been following the study of plasma for decades and was personally acquainted with several of the senior scientists - including Nobel laureates - at its forefront, including Paul Dirac, David Bohm, Peter Mitchell and Chandra Wickramasinghe (who has co-written an academic paper with Temple).

PROFESSOR ROBERT TEMPLE is the author of a dozen challenging and provocative books, commencing with the international best-seller, The Sirius Mystery. His books have been translated into a total of 44 foreign languages. He is Visiting Professor of the History and Philosophy of Science at Tsinghua University in Beijing, and previously held a similar position at an American university.

For many years he was a science writer for the Sunday Times, the Guardian, and a science reporter for Time-Life, as well as a frequent reviewer for Nature and profile writer for The New Scientist.

He is a Fellow of the Royal Astronomical Society, and has been a member of the Egypt Exploration Society since the 1970s, as well as a member of numerous other academic societies.

He has produced, written and presented a documentary for Channel Four and National Geographic Channels on his archaeological discoveries in Greece and Italy, and he was at one time an arts reviewer on BBC Radio 4's 'Kaleidoscope'.

With his wife, Olivia, he is co-author and translator of the first complete English version of Aesop's Fables, which attracted a great deal of international press attention at the time of its release, as the earlier translations had suppressed some of the fables because of Victorian prudery.

Temple was a colleague of the late Dr. Joseph Needham of Cambridge, in association with whom he wrote The Genius of China, which has been approved as an official reference book (in Chinese) for the Chinese secondary school system, and which won five national awards in the USA. He has done archaeometric dating work and intensive exploration of closed sites in Egypt with the permission of the Egyptian Supreme Council of Antiquities. His research into historical accounts of the Sphinx is the first comprehensive survey ever undertaken.