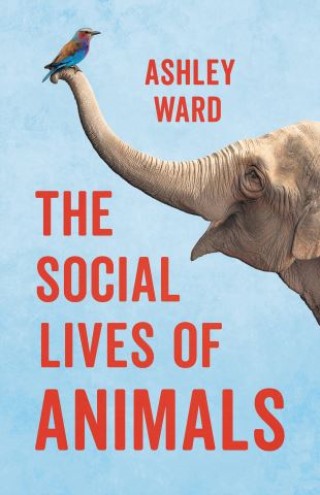 The Social Lives of Animals

A rat will go out of its way to help a stranger in need. Lions have adopted the calves of their prey. Ants farm fungus in cooperatives. Why do we continue to believe that life in the animal kingdom is ruled by competition?

In The Social Lives of Animals, biologist Ashley Ward takes us on a wild tour across the globe as he searches for a more accurate picture of how animals build societies. Ward drops in on a termite mating ritual (while his guides snack on the subjects), visits freelance baboon goatherds, and swims with a mixed family of whales and dolphins. Along the way, Ward shows that the social impulses we’ve long thought separated humans from other animals might actually be our strongest connection to them.

Insightful, engaging, and often hilarious, The Social Lives of Animals demonstrates that you can learn more about animals by studying how they work together than by how they compete.

Ashley Ward: Ashley Ward is a professor and director of the Animal Behavior Lab at the University of Sydney, where he researches social behavior, learning, and communication across the animal kingdom. His work has been published in top journals including PNAS, Biological Reviews, and Current Biology. He lives in Sydney.