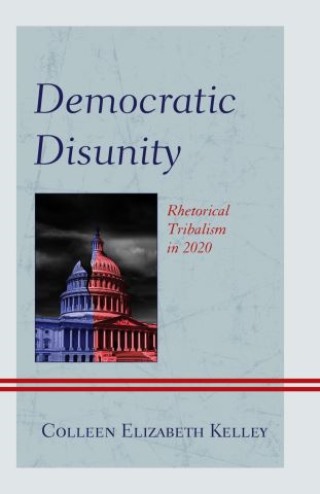 Democratic Disunity: Rhetorical Tribalism in 2020 addresses that while attention has recently and rightly been paid to the tribal bifurcation of the GOP, the Democratic Party is similarly divided. Americans live in a democratic republic rather than a direct democracy and choices regarding governing concerns are configured through communicative action. These choices include those made between and within American political parties. Without rhetorical mediation and intervention, toxic partisan tribalism within the two major American political parties is likely to destabilize the nations’ federalist system of government. Kelley argues that intraparty tribalism poisons public life and consumes public space within which electoral politics, including discussion, deliberation and compromise, should be thriving. Democratic Disunity considers intraparty tribalism as a rhetorical form, uniquely positioned within the twenty-first century. Details are provided regarding language-in-use strategies with which to anchor a rhetoric of governing through a mindful, deliberative dialogue which diminishes the effect of political partisanship, including its toxic variations both between and within American political parties. Scholars and students of rhetoric, political communication, and political science will find this book particularly interesting.