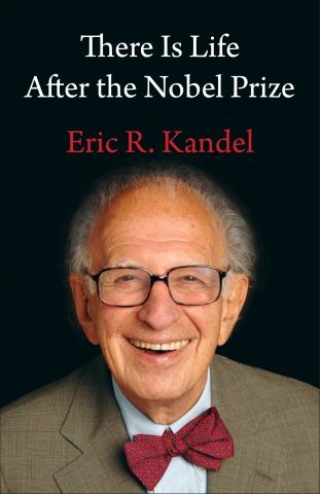 There Is Life After the Nobel Prize

One day in 1996, the neuroscientist Eric R. Kandel took a call from his program officer at the National Institute of Mental Health, who informed him that he had been awarded a key grant. Also, the officer said, he and his colleagues thought Kandel would win the Nobel Prize. “I hope not soon,” Kandel’s wife, Denise, said when she heard this. Sociologists had found that Nobel Prize winners often did not contribute much more to science, she explained.

In this book, Kandel recounts his remarkable career since receiving the Nobel in 2000—or his experience of proving to his wife that he was not yet “completely dead intellectually.” He takes readers through his lab’s scientific advances, including research into how long-term memory is stored in the brain, the nature of age-related memory loss, and the neuroscience of drug addiction and schizophrenia. Kandel relates how the Nobel Prize gave him the opportunity to reach a far larger audience, which in turn allowed him to discover and pursue new directions. He describes his efforts to promote public understanding of science and to put brain science and art into conversation with each other. Kandel also discusses his return to Austria, which he had fled as a child, and observes Austria’s coming to terms with the Nazi period. Showcasing Kandel’s accomplishments, erudition, and wit, There Is Life After the Nobel Prize is a candid account of the working life of an acclaimed scientist.

Eric Kandel: Eric R. Kandel is a University Professor and the Sagol Professor of Brain Science at Columbia University, where he is also codirector of the Mortimer B. Zuckerman Mind Brain Behavior Institute, and a senior investigator at the Howard Hughes Medical Institute. In 2000 he was awarded the Nobel Prize in Physiology or Medicine for his studies of learning and memory. He is the author of In Search of Memory: The Emergence of a New Science of Mind (2006), The Age of Insight: The Quest to Understand the Unconscious in Art, Mind, and Brain, from Vienna 1900 to the Present (2012), Reductionism in Art and Brain Science: Bridging the Two Cultures (Columbia, 2016), and The Disordered Mind: What Unusual Brains Tell Us About Ourselves (2018).