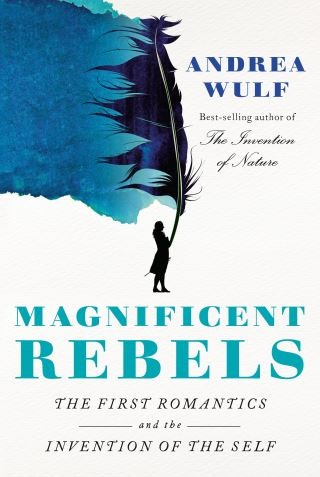 The First Romantics and the Invention of the Self

From the best-selling author of The Invention of Nature comes an exhilarating story about a remarkable group of young rebels—poets, novelists, philosophers—who, through their epic quarrels, passionate love stories, heartbreaking grief, and radical ideas launched Romanticism onto the world stage, inspiring some of the greatest thinkers of the time.

"Make[s] the reader feel as if they were in the room with the great personalities of the age, bearing witness to their insights and their vanities and rages.” —Lauren Groff, New York Times best-selling author of Matrix

When did we begin to be as self-centered as we are today? At what point did we expect to have the right to determine our own lives? When did we first ask the question, How can I be free? It all began in a quiet university town in Germany in the 1790s, when a group of playwrights, poets, and writers put the self at center stage in their thinking, their writing, and their lives. This brilliant circle included the famous poets Goethe, Schiller, and Novalis; the visionary philosophers Fichte, Schelling, and Hegel; the contentious Schlegel brothers; and, in a wonderful cameo, Alexander von Humboldt. And at the heart of this group was the formidable Caroline Schlegel, who sparked their dazzling conversations about the self, nature, identity, and freedom.

The French revolutionaries may have changed the political landscape of Europe, but the young Romantics incited a revolution of the mind that transformed our world forever. We are still empowered by their daring leap into the self, and by their radical notions of the creative potential of the individual, the highest aspirations of art and science, the unity of nature, and the true meaning of freedom. We also still walk the same tightrope between meaningful self-fulfillment and destructive narcissism, between the rights of the individual and our responsibilities toward our community and future generations. At the heart of this inspiring book is the extremely modern tension between the dangers of selfishness and the thrilling possibilities of free will.

Andrea Wulf: ANDREA WULF was born in India and moved to Germany as a child. She is the author of Founding Gardeners, Brother Gardeners, and the New York Times best seller The Invention of Nature, which has been published in twenty-seven languages and won fifteen international literary awards. Wulf has written for many newspapers and magazines, including The New York Times, The Guardian, the Los Angeles Times, The Wall Street Journal, and The Atlantic. She is a member of PEN America and a fellow of the Royal Society of Literature. She lives in London.