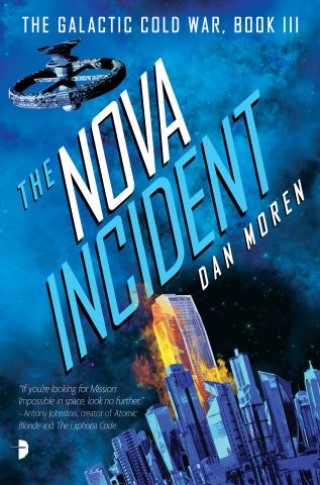 When a bomb explodes in the bustling Commonwealth capital city of Salaam, responsibility is quickly claimed by an extremist independence movement. But after a former comrade, an ex-spy with his own agenda, is implicated in the attack, Simon Kovalic and his team of covert operatives are tasked with untangling the threads of a dangerous plot that could have implications on a galactic scale. And the deeper Kovalic digs, the more he'll uncover a maze of secrets, lies, and deception that may force even the most seasoned spy to question his own loyalties.

Dan Moren: DAN MOREN is a novelist, freelance writer, and prolific podcaster. A former senior editor at Macworld, his work has appeared in the Boston Globe, Macworld, Popular Science, Yahoo Tech, and many others. He co-hosts tech podcasts Clockwise and The Rebound, writes and hosts nerdy quiz show Inconceivable!, and appears on the award-winning The Incomparable. Dan lives with his wife in Somerville, Massachusetts, where he is never far from a set of polyhedral dice.