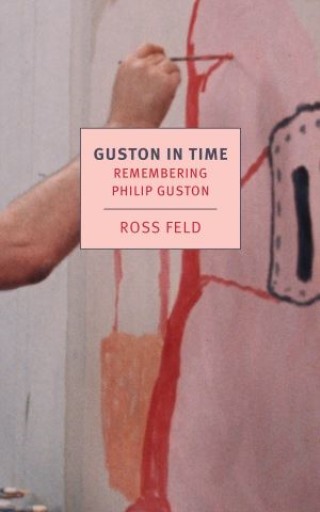 In this warm and vibrant work of memoir and criticism, a young writer forges a friendship with Philip Guston, one of the most influential and controversial painters of the twentieth century.

The late work of Philip Guston has had a profound influence on painters today, but as Guston’s star has risen, it has been forgotten how scandalous these paintings, with their cartoonish imagery and almost fumbling application of paint, were initially deemed to be. The 1970 show at the Marlborough Gallery in which Guston, abandoning the delicate abstract expressionism for which he was known, revealed his new style, was critically savaged. In the aftermath of this drubbing, he retreated to his studio in Woodstock, New York—in part to nurse his wounds but, more important, to go on painting exactly as he saw fit.

Ross Feld, a young poet, novelist, and critic, was one of the rare critics to respond favorably to Guston’s late work. Guston answered with a grateful note, and a new friendship was soon born. Guston in Time, written not long before Feld’s early death from cancer, is a portrait of Guston the man; and of his wife, Musa, a major figure not only in his life but in his work; a reckoning with his supremely individual achievement as an artist; and a work of art in its own right.

Ross Feld: Ross Feld (1947–2001) is the author of the novels Years Out, Only Shorter, Shapes Mistaken, and Zwilling’s Dream, and a collection of poetry, Plum Poems. He befriended Philip Guston in 1976 after reviewing a show by the artist, and the two maintained a close relationship until Guston’s death in 1980.