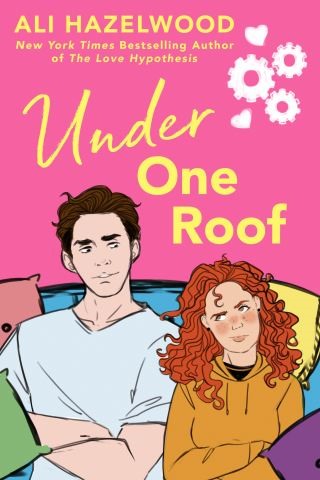 A scientist should never cohabitate with her annoyingly hot nemesis—it leads to combustion.

Mara, Sadie, and Hannah are friends first, scientists always. Though their fields of study might take them to different corners of the world, they can all agree on this universal truth: when it comes to love and science, opposites attract and rivals make you burn…

As an environmental engineer, Mara knows all about the delicate nature of ecosystems. They require balance. And leaving the thermostat alone. And not stealing someone else’s food. And other rules Liam, her detestable big-oil lawyer of a roommate, knows nothing about. Okay, sure, technically she’s the interloper. Liam was already entrenched in his aunt’s house like some glowering grumpy giant when Mara moved in, with his big muscles and kissable mouth just sitting there on the couch tempting respectable scientists to the dark side…but Helena was her mentor and Mara’s not about to move out and give up her inheritance without a fight.

The problem is, living with someone means getting to know them. And the more Mara finds out about Liam, the harder it is to loathe him…and the easier it is to love him.

To read Sadie and Hannah’s stories look for the novellas Stuck with You and Below Zero, coming soon from Berkley!

Ali Hazelwood: Ali Hazelwood is the New York Times bestselling author of The Love Hypothesis, as well as the writer of peer-reviewed articles about brain science, in which no one makes out and the ever after is not always happy. Originally from Italy, she lived in Germany and Japan before moving to the U.S. to pursue a Ph.D. in neuroscience. She recently became a professor, which absolutely terrifies her. When Ali is not at work, she can be found running, eating cake pops, or watching sci-fi movies with her two feline overlords (and her slightly-less-feline husband).