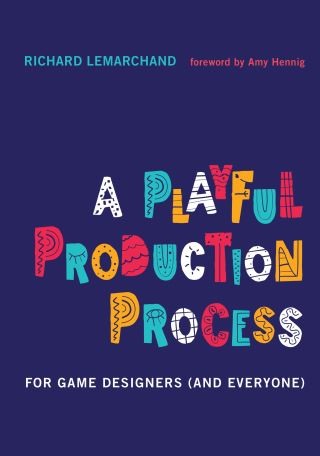 For Game Designers (and Everyone)

How to achieve a happier and healthier game design process by connecting the creative aspects of game design with techniques for effective project management.

This book teaches game designers, aspiring game developers, and game design students how to take a digital game project from start to finish—from conceptualizing and designing to building, playtesting, and iterating—while avoiding the uncontrolled overwork known among developers as “crunch.” Written by a legendary game designer, A Playful Production Process outlines a process that connects the creative aspects of game design with proven techniques for effective project management. The book outlines four project phases—ideation, preproduction, full production, and post-production—that give designers and developers the milestones they need to advance from the first glimmerings of an idea to a finished game.

Richard Lemarchand: Richard Lemarchand, a game designer who worked in the videogame industry for more than twenty years, is Associate Professor in the USC Games program at the University of Southern California. Among many other projects, he led or co-led the design of all three games in the PlayStation 3 Uncharted series, including the award-winning Uncharted 2: Among Thieves.