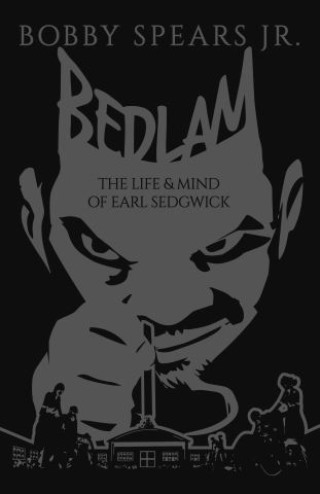 The Life & Mind of Earl Sedgwick

For fans of Brain on Fire and Girl interrupted  — Bedlam is a crackling, satirical debut based on a horrifying true story about what happens when an asylum owner becomes a patient.

Bedlam details the frustrating life of Earl Sedgwick, owner and operator of a mental institute. Earl grew up in the business and subsequently took it over despite his avowed hatred of how the business robbed him of his childhood. He runs on empty until he's triggered by a visit from his more successful friends, realizing his life has been placed in its own padded room since he took on the family business. The career that is providing everything he has and keeping him alive is ultimately killing him at the same time. The torture of watching people die and/or lose their minds is not a healthy existence, but it is all he has ever known, and like many people he yearns to do something else. Something more. But with his mental health failing and his addiction adding fuel to the fire, Earl is in no shape to change his life. Earl has to then decide what his next move will be. Bedlam takes us through a series of stories and anecdotes featuring the wild antics of patients, staff and their families, as Earl not only becomes an addict but is also losing his mind.

Bobby Spears, Jr.: Bobby Spears, Jr. is a husband, father, and writer. An Alumnus of Howard University, Spears attended Howard on an Annenberg Scholarship which was awarded in part due to an academic paper he wrote on the importance of changing the way minorities are viewed and view themselves in the media. After graduating in 1996 with a B.A. in TV/Film production, he chose to work in his family business, providing housing and attendant care to the mentally disabled. However, Spears never gave up on his desire to impact the world through media, so at the age of 43 he decided to focus on writing and TV/film production. He is supported and motivated to succeed by his wife Adrienne and two children, Zakhari and Zoie.