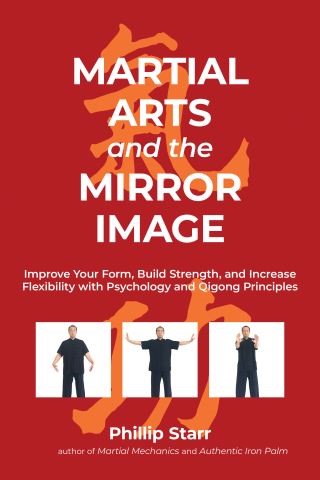 Martial Arts and the Mirror Image

Improve Your Form, Build Strength, and Increase Flexibility with Psychology and Qigong Principles

Martial arts teacher Phillip Starr draws on more than sixty years of experience to introduce the Mirror Image Technique--a method that recognizes the reinforcing nature of body and mind. Our self-image expresses in how we stand, move, and hold ourselves in the world; and in martial arts, the way we move reflects the way we think on the mat, in practice, and when sparring.

Here, Starr pulls from Self-Image Psychology and Qigong to offer readers a unique set of physical exercises that can be applied to any martial art tradition--as well as our personal lives. Like two mirrors facing each other, the physical body both reflects and changes the mind, and vice versa: our physical movements become more than just the consequence of our intentions or thoughts. As we adjust the way we move, we adjust the way we think: about ourselves, our lives, and our environments.

Unlike other self-help books that consider the mind as the sole gateway to change, the Mirror Image Technique shows that cognitive transformation starts with the body. Starr takes readers through:

Intended to enhance growth and personal development, the techniques in Martial Arts and the Mirror Image lead to a renewal of confidence and enthusiasm for one’s particular practice.

Phillip Starr: Sifu PHILLIP "PETE" STARR began his training in the martial arts in 1956, beginning with judo. Within a year, he received instruction in traditional kung fu in the basement of a small Chinese grocery store. He continued his training, also earning black-belt grades in two styles of Japanese karate (third dan in Kyokushin, first dan in Shito-ryu). His primary kung fu teacher was W. C. Chen, a direct disciple of one of China's best-known masters, Zhang Zhaodong. From Master Chen, Starr learned taijiquan (tai-chi chuan), xingyiquan, baguazhang, and a form of shaolinquan. He began teaching Chinese martial arts in 1967 at Parsons College in Fairfield, Iowa. After spending several years in law enforcement, he opened his first full-time martial arts school in Ottumwa, Iowa. He entered competitions and earned the title of U.S. National Champion five times, the last time when he was sixty-three years old. He was named to the National Rules Committee of the United States Karate Association and became the kung fu chairman. Later, he was named to the list of the Rocky Mountain top ten competitors. Starr has gone on to train in Arnis, becoming a certified instructor under Tuhon Leo Gaje and Jeet Kune Do.