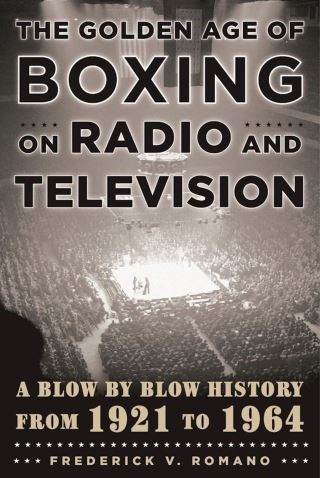 The Golden Age of Boxing on Radio and Television

Radio and television broadcasting were as important to the growth and popularity of boxing as they were to the reshaping of our very culture. In this book, Frederick V. Romano explores the many roles that each medium played in both the development and the depiction of the sport.

Among the topics covered are the ever-changing role of technology during the four-decade-plus period, how it affected the way the sport was presented to its public audience, the exponential growth of those audiences, and the influence radio and television had on the financial aspects of the sport. The Golden Age of Boxing on Radio and Television also assays radio and boxing during World War II, the role of organized crime, and the monopolistic practices during the television era.

In addition, Romano presents a detailed account of announcers such as Don Dunphy and Ted Husing, who brought the action to the listeners and viewers, the many radio and TV appearances that boxers like Jack Dempsey, Joe Louis, and Rocky Marciano made outside the ring, and the mediums’ portrayal of the sport in an array of programming from drama to comedy.

Frederick V. Romano: Frederick V. Romano is a boxing historian with over thirty-five years of experience in the sport. He has served as a research consultant for HBO Boxing, produced and hosted a cable television show devoted to boxing, and acted as a certified amateur judge for matches throughout the New York area, including the prestigious Golden Gloves finals held annually in New York City. His first book, The Boxing Filmography, was published in 2004. He resides in White Plains, New York.