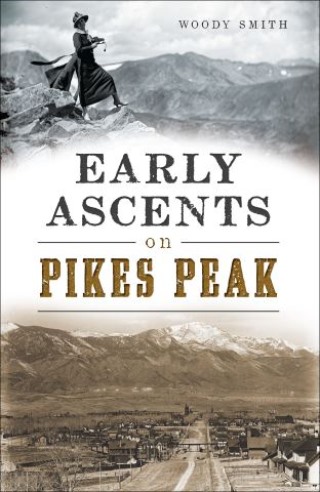 An intriguing, firsthand look at what it was like to ascend the storied Colorado mountain and experience its allure in the early days of the Old West.

Magnificent Pikes Peak rises dramatically from the Colorado prairie to a height of 14,114 feet above sea level. Visible for one hundred miles around, the granite giant’s magnetic appeal compelled rugged mountaineers more than a century ago to risk loose saddles, electrical storms and even murder on treacherous expeditions to the summit. First known as Long Mountain by the Indigenous peoples who sojourned at its hot springs, Pikes Peak was a full-fledged tourist destination by the 1870s. Eager men and women ventured up and down by foot, horse, burro, stagecoach, rail and bicycle. Colorado Mountain Club historian Woody Smith captures the news of the era to recount the thrill of pioneer days on America’s most famous mountain.