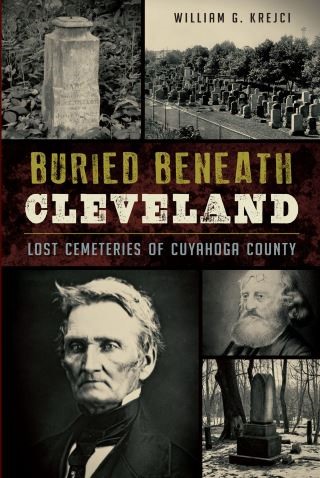 “His book tells about many of the graves of Revolutionary War and Civil War soldiers, as well as the early pioneers and those who settled the county.” —Cleveland.com

The dead do not always rest in peace. Occasionally, they wind up in the backyard. As towns grew in Cuyahoga County during the late 1800s, many of its cemeteries were relocated to make room for urban sprawl.

But not all of these graves made the journey. Author William G. Krejci tracks down more than fifty displaced cemeteries throughout the Greater Cleveland area. Discover the Revolutionary War veterans, famous scientists and illustrious dignitaries found beneath gas stations and grocery stores in this eerie history of Cuyahoga County’s forgotten dead.