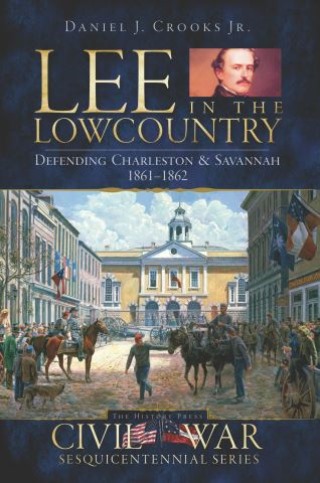 Lee in the Lowcountry

Early in the Civil War, General Robert E. Lee was given command of the Department of South Carolina, Georgia and East Florida. Making him, in effect, the first line of defense for for Confederacy and two of its key cities: Charleston and Savannah. In Lee in the Lowcountry, Charleston historian Danny Crooks examines this period in Lee’s career, in which he faced with confusion and convoluted loyalty among the ranks.

Using Lee’s own words and those of his contemporaries, Crooks helps the reader to understand why Lee, and only Lee, could bring order to the early chaos of the war. He also reveals how Lee acquired the two most famous trademarks of his wartime career while in the Lowcountry. Long hours in the saddle prompted Lee to grow his signature beard and, while at Pocotaligo, he acquired his beloved equine companion, Traveller.