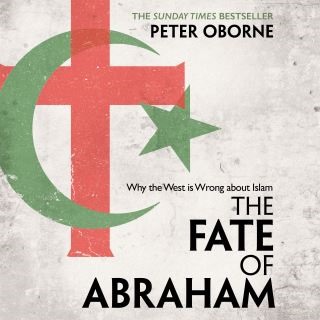 The Fate of Abraham

Why the West is Wrong about Islam

As the Cold War faded into history, it appeared to have been replaced by a new conflict - between Islam and the West. Or so we are told. After the events of 9/11 and the advent of the 'war on terror', this narrative seemed prophetic. But, as Peter Oborne reveals in this masterful new analysis, the concept of an existential clash between the two is a dangerous and destructive fantasy.

Based on rigorous historical research and forensic contemporary journalism that leads him frequently into war-torn states and bloody conflict zones, Oborne explains the myths, fabrications and downright lies that have contributed to this pernicious state of affairs. He shows how various falsehoods run deep, reaching back as far as the birth of Islam, and have then been repurposed for the modern day. Many in senior positions in governments across the West have suggested that Islam is trying to overturn our liberal values and even that certain Muslims are conspiring to take over the state, while Douglas Murray claims in his new book that we face a 'War on the West'. But in reality, these fears merely echo past debates, as we continue to repeat the pattern of seemingly wilful ignorance.

With murderous attacks on Muslims taking place from Bosnia in 1995 to China today, Oborne dismantles the falsehoods that lie behind them, and he opens the way to a clearer and more truthful mutual understanding that will benefit us all in the long run.

Peter Oborne:
Peter Oborne is an award-winning writer, journalist and broadcaster who has worked for various newspapers, including the Spectator, the Daily Mail and the Daily Telegraph, where he was the chief political commentator until his resignation from the paper in 2015. He now writes for Middle East Eye. He is the author of numerous books, including The Rise of Political Lying (2005), Wounded Tiger (2014) and the Sunday Times bestseller The Assault on Truth (2021). He lives in Wiltshire.