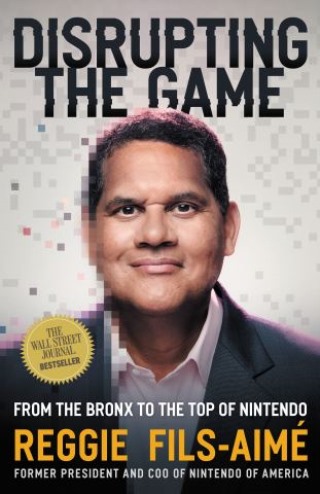 From the Bronx to the Top of Nintendo

Reggie Fils-Aimé, retired President and Chief Operating Officer of Nintendo of America Inc., shares leadership lessons and inspiring stories from his unlikely rise to the top.

Although he’s best known as Nintendo's iconic President of the Americas-immortalized for opening Nintendo’s 2004 E3 presentation with, “My name is Reggie, I'm about kicking ass, I'm about taking names, and we're about making games”-Reggie Fils-Aimé’s story is the ultimate gameplan for anyone looking to beat the odds and achieve success.

Learn from Reggie how to leverage disruptive thinking to pinpoint the life choices that will make you truly happy, conquer negative perceptions from those who underestimate or outright dismiss you, and master the grit, perseverance, and resilience it takes to dominate in the business world and to reach your professional dreams.

As close to sitting one-on-one with the gaming legend as it gets, you will learn:

Reggie Fils- Aimé is an award-winning innovator and disrupter who has helped bring the Nintendo DS, the Wii, the Nintendo 3DS, Wii U and the Nintendo Switch to the global marketplace. He joined Nintendo of America Inc. in December 2003 as Executive Vice President of Sales & Marketing. In May 2006, he was promoted to President and Chief Operating Officer. He was inducted into the International Videogame Hall of Fame in October 2019 and received the annual Legend Award from the New York Video Game Critics Circle in January 2020.

Prior to joining Nintendo, Reggie was Senior Vice President of Marketing at VH1. During his tenure at VH1, he engineered the channel’s redirection to young viewers that resulted in an overall 30 percent rating growth, and he created and executed the marketing plans for The Concert for New York City, which raised more than $35 million for disaster relief in the wake of the Sept 11, 2001 attacks.

Since retiring, he has focused his energy on developing the next generation of business leaders. In August 2019, he was named Cornell University’s Dyson Undergraduate Business School Leader in Residence. He also founded Brentwood Growth Partners to help emerging companies scale and enable leaders to create world-class cultures.