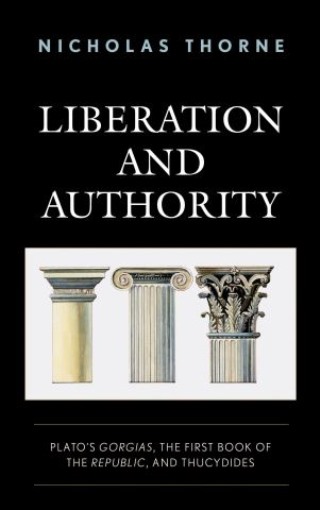 Plato's Gorgias, the First Book of the Republic, and Thucydides

Liberation and Authority: Plato's Gorgias, the First Book of the Republic, and Thucydides provides a comparative treatment of Plato’s Gorgias, the first book of the Republic, and Thucydides’ History, arguing that they share similarities not only in the oft-noted “natural justice” of Callicles, Thrasymachus, and the Melian Dialogue, but also in a development that runs through the whole of each work. Nicholas Thorne argues that all three works give an account of the collapse of the authority of an older ethical order, out of which a subjective spirit arises that strives to liberate itself from all limits on its own activity. The readings of Plato give a new account of each work that shows how the logic of the arguments is inextricably bound together with the literary detail, including each work’s structure. The account of Thucydides argues for certain new interpretive concepts, such as the idea that the whole is greater than the sum of its parts, while also providing a new look at a number of familiar theses, such as the three-step structure running through the whole. Taken together, these works provide complementary reflections on a development profoundly relevant to our own time.

Nicholas Thorne received his PhD in classics and ancient philosophy from the University of Pittsburgh.