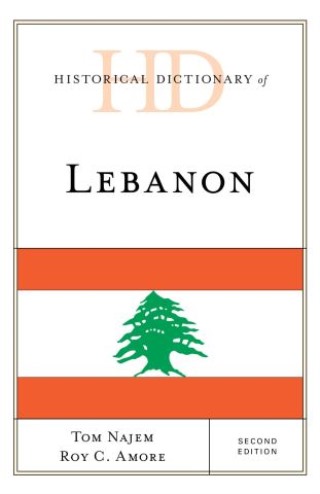 Historical Dictionary of Lebanon, Second Edition covers the long history of Lebanon, from before the Ottoman era through the Ottoman Era, the French Mandate, Independence, the long civil war and the recent protests for democratic reform and the aftermath of the explosion in the port area. It features lengthy entries on major historical/political events as well as the major people, sectarian groups and political parties.

It contains a chronology, an introduction, and an extensive bibliography. The dictionary section has more than 800 cross-referenced entries on important personalities as well as aspects of the country’s politics, economy, foreign relations, religion, and culture. This book is an excellent resource for students, researchers, and anyone wanting to know more about Lebanon.

Tom P. Najem is professor of political science at the University of Windsor in Ontario, Canada, where he served as department head from 2002 to 2012, and as project manager of the Track II Jerusalem Old City Initiative from 2005-2017. He is a specialist in the field of international relations and comparative politics of the developing world. He has published widely on Lebanese politics, Middle East politics, and Track II and conflict resolution.

Roy C. Amore is professor of political science at the University of Windsor in Ontario, Canada. His teaching and publications focus on the interaction of religion and politics in the Middle East and Asia.