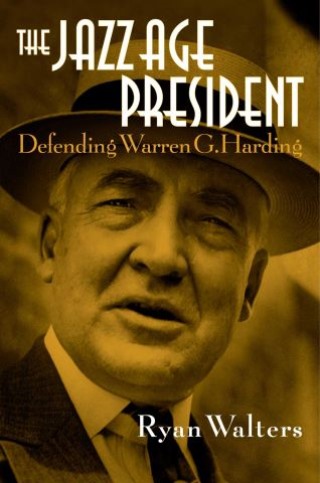 He's the butt of political jokes, frequently subjected to ridicule, and almost never absent a "Worst Presidents" list where he most often ends up at the bottom. Historians have labeled him the "Worst President Ever," "Dead Last," "Unfit," and "Incompetent," to name but a few. Many contemporaries were equally cruel. H. L. Mencken called him a "nitwit." To Alice Roosevelt Longworth, he was a "slob." Such is the current reputation of our 29th President, Warren Gamaliel Harding. In an interesting survey in 1982, which divided the scholarly respondents into "conservative" and "liberal" categories, both groups picked Harding as the worst President.

But historian Ryan Walters shows that Harding, a humble man from Marion, Ohio, has been unfairly remembered. He quickly fixed an economy in depression and started the boom of the Roaring Twenties, healed a nation in the throes of social disruption, and reversed America’s interventionist foreign policy.

Ryan S. Walters: Ryan S. Walters is an independent historian who currently teaches history at Collin College in Texas. He is the author of The Last Jeffersonian: Grover Cleveland and the Path to Restoring the Republic, Grover Cleveland: The Last Jeffersonian President, and Remember Mississippi: How Chris McDaniel Exposed the GOP Establishment and Started a Revolution. He has appeared on Breitbart Radio and has spoken at a number of venues, including the Abbeville Institute and the Ludwig von Mises Institute. He lives in North Texas.