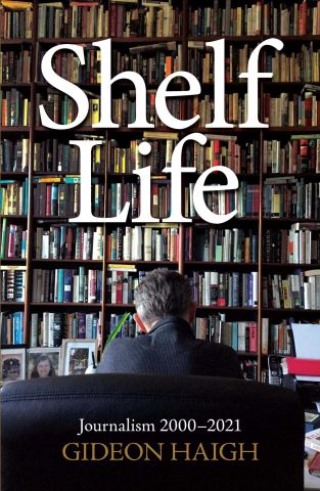 Few journalists exemplify the creed ‘without fear or favour’ like Gideon Haigh. Shelf Life selects from twenty-one years of writing on myriad subjects by one of our clearest thinkers, sharpest stylists and most curious journalists.

Architecture and airline food. Depression and doodling. Goya and Grossman. Weegee and Wire. When not wiring about cricket, Gideon Haigh has enjoyed taking journalism on unexpected journeys, where curiosity calls, into the past and future as well as the present.

Edited by Russell Jackson, Shelf Life samples his work from the last two decades: essays, reportage, reviews, crisp analyses, deep dives into history, of no camp, and independent of the news cycle, from his shelves to yours.

Gideon Haigh:
Gideon Haigh has been a journalist for almost four decades, published more than 40 books and contributed to more than 100 newspapers and magazines. His books include The Cricket Wars, The Summer Game and On Warne (which won numerous prizes) on cricket, and works on BHP, James Hardie and how abortion became legal in Australia. His book The Office: A Hardworking History won the NSW Premier’s Literary Award for Non-Fiction. He has appeared widely on radio and TV. He lives in Melbourne.