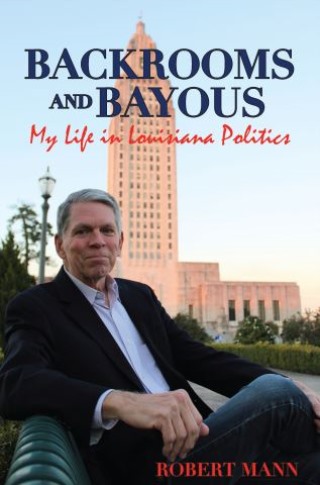 My Life in Louisiana Politics

State history, behind-the-scenes stories, funny anecdotes, and life lessons come together to form Robert Mann's indelible memoir about his life and career alongside some of the most powerful lawmakers in the South. Offering an in-depth, personal perspective of working in government, Mann shares the lives of major politicians and how they affected his own beliefs, eventually shifting his ideological views. Mann has known every Louisiana governor--aside from Uncle Earl--since 1944. He has interviewed past presidents, senators, and aides as a journalist and served as press secretary to two of the most influential Louisiana legislators. He acted as press secretary to the 1990 US Senate reelection campaign of J. Bennett Johnston when he defeated former Klan leader David Duke. He helped elect Mary Landrieu to the US Senate, and his engaging stories range from Russell Long's struggle with his father's past to how Mann lost John Breaux's suitcase. Through it all, Mann writes with humor and empathy, casting politics and politicians in a refreshing, human light. His life story serves as both a cautionary tale for young people seeking a political career and an entertaining recitation of his decades of experience, offering a fresh look at Louisiana political history.

Robert Mann: Robert Mann holds the Manship Chair in Journalism at Louisiana State University's Manship School of Mass Communication. A former political writer for several Louisiana daily newspapers, he served as a senior aide to US Senators Russell Long and John Breaux as well as Louisiana Governor Kathleen Blanco. He worked on numerous statewide political campaigns from 1990 through 2003. From 2013 to 2018, he wrote a weekly politics column for the New Orleans Times-Picayune. Mann is the author of critically acclaimed books about the American civil rights movement, the Vietnam War, the 1964 presidential election, American wartime dissent, and President Ronald Reagan. He and his wife, Cindy, live in Baton Rouge.