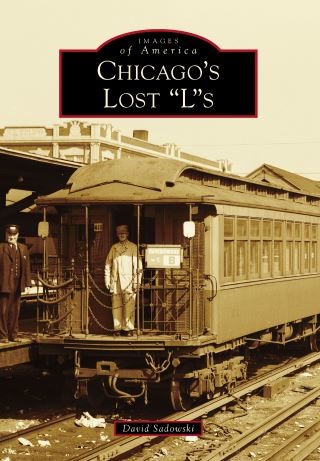 Chicago's system of elevated railways, known locally as the "L," has run continuously since 1892 and, like the city, has never stood still. It helped neighborhoods grow, brought their increasingly diverse populations together, and gave the famous Loop its name. But today's system has changed radically over the years. Chicago's Lost "L"s tells the story of former lines such as Garfield Park, Humboldt Park, Kenwood, Stockyards, Normal Park, Westchester, and Niles Center. It was once possible to take high-speed trains on the L directly to Aurora, Elgin, and Milwaukee, Wisconsin. The L started out as four different companies, two starting out using steam engines instead of electricity. Eventually, all four came together via the Union Loop. The L is more than a way of getting around. Its trains are a place where people meet and interact. Some say the best way to experience the city is via the L, with its second-story view. Chicago's Lost "L"s is virtually a "secret history" of Chicago, and this is your ticket.

David Sadowski: David Sadowski grew up riding the L all over the city. He is the author of Chicago Trolleys and Building Chicago's Subways and runs the online Trolley Dodger blog.