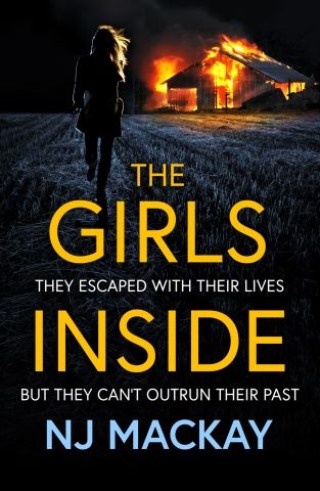 A gripping, compelling psychological thriller about a cult, a fire, and the dark secrets that four young girls have carried with them but can no longer keep buried...

Blue grew up in the Black House.

In remotest Wales, Joseph Carillo recruited young, lonely women to join his community and adopt his erratic views. Blue's mother was one of them. But when the Black House goes up in flames, Blue escapes to freedom and never stops running.

Twenty years later, when Blue's old dormmate commits suicide, Blue receives a strange call. She has been awarded sole custody of Natasha's daughter. But things don't add up. The girls haven't spoken since the night of the fire.

As Blue begins to dig into Natasha's life, her suspicions take her all the way back to that fateful night...But will the truth help Blue to face her past, or will it put everyone she holds close in danger?

'Grips you from the first line through to the nail-biting conclusion. Psychological suspense at its best' VICTORIA SELMAN

'Clever, unexpected, brilliantly plotted; I literally could not put it down' CLARE EMPSON

NJ Mackay: NJ Mackay is Niki Mackay in flimsy disguise writing standalones. Niki Mackay studied Performing Arts at the BRIT School, and it turned out she wasn't very good at acting but quite liked writing scripts. She holds a BA (Hons) in English Literature and Drama and won a full scholarship for her MA in Journalism. She has two published novels, I, Witness and The Lies We Tell both featuring PI Madison Attallee. She is also the co-host of the podcast #CrimeGirlGang