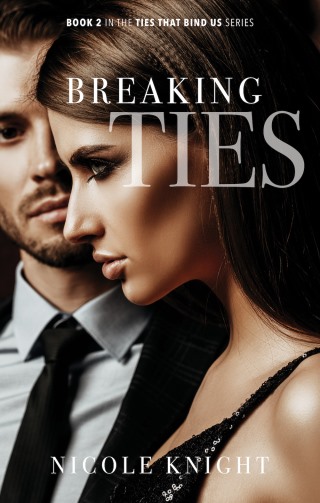 With the Moretti family dissolved and no longer a threat to the Caponelli mafia dynasty, Nick Caponelli has found his place at the top as Don and for the last five years he and his wife Ava have been living a charmed life with their three beautiful children.

All that changes when Nick finds a police officer at his door. But it’s not Nick the officer is after, instead it’s the man behind a sex trafficking operation that’s found its way into a local New York port and therefore on Nick’s turf. Ava urges Nick to take on the case in order to save as many women and children as possible, a cause felt deeply by her own past experiences.

But as Nick and Ava both get roped in deeper to the inner workings of the evil king pin Barella, things spiral quickly out of control. Soon they don’t even feel safe in their own home. With Ava struggling to digest everything that has been going on and Nick hell bent on finding Barella at any cost, the Caponelli bond is threatening to break, and the only thing that can save them is the unrelenting love Nick and Ava have for each other.

Nicole Knight: Nicole Knight is a social worker by day, and a closet mafia romance writer by night. Ties That Bind Us is her debut novel, and it has more than 5 million views online. Her other works on Wattpad include Criminal and Sleeping With the Enemy. Nicole’s favorite source of inspiration is traveling and visiting new places, and she can always be found planning her next destination or listening to crime podcasts. She resides in the beautiful Rocky Mountains with her husband and son.