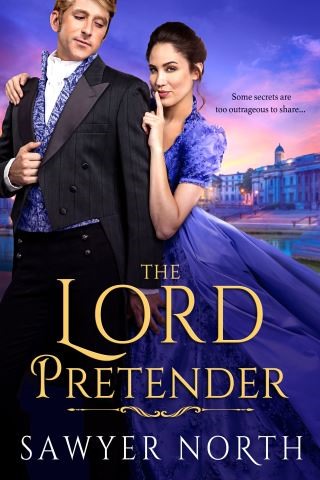 Step 1: Come up with the perfect plan
Emma Watts was almost the perfect lady. That is, until her father joined the notorious Prometheans’ Club and gambled away all her prospects. Now, cast out of society, and with only her name intact, Emma will do what a young, intelligent lady can when she is thwarted by circumstance. Take revenge, of course. And the gentlemen's club, including its members, is first on the list…


Step 2: Find your target
Simon, the Earl of Blackburn, the most prominent member of the Prometheans, knows firsthand how dangerous a wily woman with an agenda can be; after all, his mother is the most devious of the species. But a string of chance encounters with a charming and breathtaking stranger leads him to reconsider.

Step 3: Then watch your plans go beautifully to pieces
Upon learning that a mystery woman is digging up dirt on his club brothers, Simon volunteers to uncover her identity and ruin her by any means necessary. But all it takes is a nasty thunderstorm to completely switch Emma's and Simon's lives. Their perspectives aren’t the only things that change though, when they wake up in each other’s bodies…

Sawyer North: Sawyer North began writing historical romance after a torrid affair with the genre several years ago. As he is male, this proved a surprising turn of events. An engineer by day, he spends nights and weekends inventing characters, plotting stories, and trying witty banter on his wife until she makes him stop. Fair Weather Enemies is his first published romance novel. Visit him at www.sawyernorth.com and on Twitter @MrDarcyExplains.