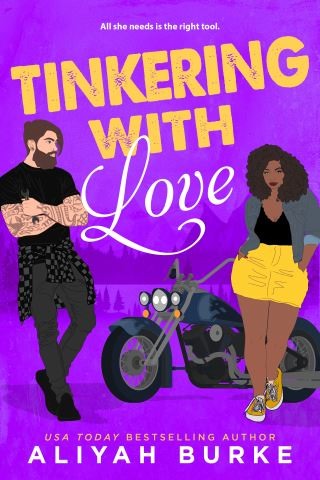 Dawson Shay could never be accused of being a bubbly ray of sunshine. Like, not ever. But her outlook on life has only gotten worse since she moved across the country for her dream job rebuilding motorcycles…only to lose the job to someone else. Now her run of bad luck includes a wilderness retreat with the entire company—including the asshat who stole her job. Fortunately, Tully Faulkner’s bearded, tattooed hotness is pretty much the perfect distraction.


Except, Tully isn’t just Mr. Hometown Hero, he’s also said asshat who stole her job. And if he thinks he can win her over with his ability to charm the pants off everybody else, he’s got another thing coming. But Dawson can’t avoid him forever… or the seriously hot sparks between them. Somewhere between the breathtaking northern lights and teaming up to win their company’s scavenger hunt, Dawson starts to think that Tully’s magic touch might be just what she’s been missing.


But even sexy gearheads have their secrets. And Dawson’s about to discover that falling for the too-perfect-to-be-true Tully might just backfire on her completely…

Aliyah Burke: Aliyah Burke is a USA Today Bestselling Author happily married to a career military man. Blissfully owned by some Borzoi, she spends her days at the day job, writing, and working with her dogs. She loves to hear from her readers and can be reached via her website.