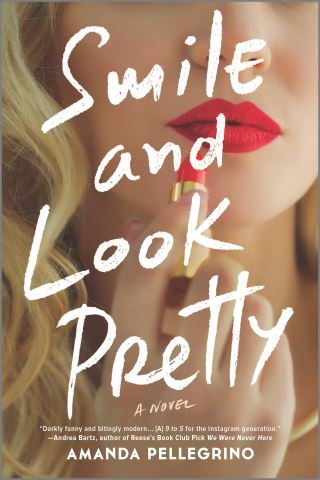 “[A] 9 to 5 for the Instagram generation... Darkly funny and bitingly modern.” —Andrea Bartz, author of Reese’s Book Club Pick We Were Never Here

What happens when four assistants risk everything to say enough is enough?

Best friends Cate, Lauren, Olivia and Max are overworked and underpaid assistants to some of the most powerful people in the entertainment industries. Like the assistants who came before them, the women know they have to pay their dues and abide the demeaning tasks and verbal abuse from their bosses in order to climb the ladders to their dream jobs.

But as they are passed over for promotions and the toxic office environments reach a breaking point, the women secretly start an anonymous blog detailing their experiences, which snowballs into hundreds of others coming forward with stories of their own. Confronted with newfound viral fame and the possibility of their identities being revealed, the assistants have to contend with the life-changing consequences of speaking out against those who refuse to share the power.

Amanda Pellegrino is a TV writer and novelist living in NYC whose writing has appeared in Refinery29 and Bustle. Smile and Look Pretty is her debut novel.