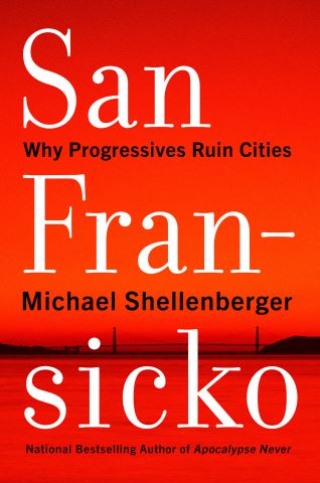 Progressives claimed they knew how to solve homelessness, inequality, and crime. But in cities they control, progressives made those problems worse.

Michael Shellenberger has lived in the San Francisco Bay Area for thirty years. During that time, he advocated for the decriminalization of drugs, affordable housing, and alternatives to jail and prison. But as homeless encampments spread, and overdose deaths skyrocketed, Shellenberger decided to take a closer look at the problem.

What he discovered shocked him. The problems had grown worse not despite but because of progressive policies. San Francisco and other West Coast cities — Los Angeles, Seattle, Portland — had gone beyond merely tolerating homelessness, drug dealing, and crime to actively enabling them.

San Fransicko reveals that the underlying problem isn’t a lack of housing or money for social programs. The real problem is an ideology that designates some people, by identity or experience, as victims entitled to destructive behaviors. The result is an undermining of the values that make cities, and civilization itself, possible.

Michael Shellenberger is the nationally bestselling author of Apocalypse Never, a Time magazine “Hero of the Environment,” the winner of the 2008 Green Book Award from the Stevens Institute of Technology’s Center for Science Writings, and an invited expert reviewer of the next Assessment Report for the Intergovernmental Panel on Climate Change (IPCC). He has written on energy and the environment for the New York Times, the Washington Post, the Wall Street Journal, Nature Energy, and other publications for two decades. He is the founder and president of Environmental Progress, an independent, nonpartisan research organization based in Berkeley, California.