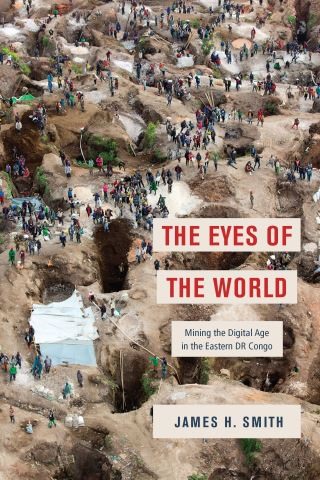 The Eyes of the World

Mining the Digital Age in the Eastern DR Congo

The Eyes of the World focuses on the lives and experiences of Eastern Congolese people involved in extracting and transporting the minerals needed for digital devices.

The digital devices that, many would argue, define this era exist not only because of Silicon Valley innovations but also because of a burgeoning trade in dense, artisanally mined substances like tantalum, tin, and tungsten. In the tentatively postwar Eastern DR Congo, where many lives have been reoriented around artisanal mining, these minerals are socially dense, fueling movement and innovative collaborations that encompass diverse actors, geographies, temporalities, and dimensions. Focusing on the miners and traders of some of these “digital minerals,” The Eyes of the World examines how Eastern Congolese understand the work in which they are engaged, the forces pitted against them, and the complicated process through which substances in the earth and forest are converted into commodified resources. Smith shows how violent dispossession has fueled a bottom-up social theory that valorizes movement and collaboration—one that directly confronts both private mining companies and the tracking initiatives implemented by international companies aspiring to ensure that the minerals in digital devices are purified of blood.