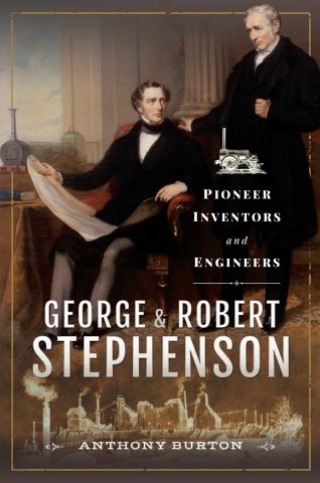 A dual biography of the father and son railroad engineers who revolutionized Victorian transportation and reshaped modern British life.

Engineer and inventor George Stephenson is known as the Father of Railways. Together with his son Robert, he built the first steam locomotive to carry passengers on a public line. They also developed much of Britain’s early railway map. In George and Robert Stephenson, industrial historian Anthony Burton examines the lives of these two giants of the late Georgian and early Victorian ages.

With new research, Burton offers a fresh look at the achievements of Robert Stephenson and Company Limited, the first engineering firm devoted to railway engines. Above all, he underscores the ability of both men to overcome some of the most pressing engineering problems of their time.

Anthony Burton: Anthony Burton is a freelance author and broadcaster, who has specialized in industrial and transport history. He has been involved in around a hundred TV documentaries on these subjects, appearing on all the major networks. He has written biographies of some of the leading characters of the early industrial age: Thomas Telford, Richard Trevithick, Joseph Locke and Matthew Boulton, the latter with Jennifer Tann