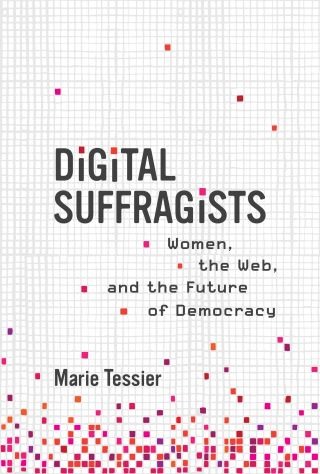 Women, the Web, and the Future of Democracy

Why women’s voices are outnumbered online and what we can do about it, by a New York Times comment moderator.

If you’ve read the comments posted by readers of online news sites, you may have noticed the absence of women’s voices. Men are by far the most prolific commenters on politics and public affairs. When women do comment, they are often attacked or dismissed more than men are. In fact, the comment forums on news sites replicate conditions of the offline and social media worlds, where women are routinely interrupted, threatened, demeaned, and called wrong, unruly, disgusting, and out of place. In Digital Suffragists, Marie Tessier—a veteran journalist and a New York Times comment moderator for more than a decade—investigates why women’s voices are outnumbered online and what we can do about it.

The suffragists of the early twentieth century were jailed for trying to vote. Can a twenty-first century democracy be functional when half of the population is not fully represented in a primary form of political communication? Tessier shows that for online comments, it’s a design problem: the linear blog comment formula was based on deeply gender-biased assumptions. Technologies designed with a broad range of end users in mind, she points out, are more successful and beneficial than those that reflect the designer’s own habits of mind. Tessier outlines benchmarks for a more democratic media, all of which stem from one fundamental idea: media must adopt gender and racial representation as key performance indicators. Equal speaking time for women is a measure of democracy.

Marie Tessier: Marie Tessier is a journalist and writer who moderates comments to the opinion pages of the New York Times. Her work has appeared on the Women’s eNews and Women’s Media Center websites, in Ms. magazine, the Columbia Journalism Review, the Washington Post, the Chicago Tribune, and elsewhere.