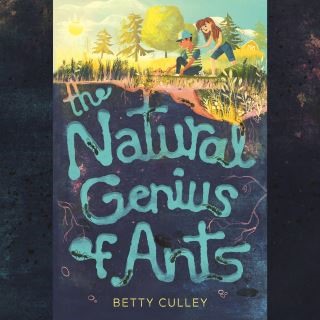 The Natural Genius of Ants

A summer ant farm grows into a learning experience for the entire family in this lyrical coming-of-age story from the award-winning author of Down to Earth.

Harvard is used to his father coming home from the hospital and telling him about all the babies he helped. But since he made the mistake at work, Dad has been quieter than usual. And now he is taking Harvard and his little brother, Roger, to Kettle Hole, Maine, for the summer. Harvard hopes this trip isn’t another mistake.

In the small town where he grew up, Dad seems more himself. Especially once the family decides to start an ant farm--just like Dad had as a kid! But when the mail-order ants are D.O.A., Harvard doesn't want Dad to experience any more sadness. Luckily, his new friend Neveah has the brilliant idea to use the ants crawling around the kitchen instead. But these insects don't come with directions. So the kids have a lot to learn--about the ants, each other, and how to forgive ourselves when things go wrong.

Betty Culley: Betty Culley is the acclaimed author of the middle-grade novel Down to Earth, which received a starred review from Booklist, calling it “captivating,” and the YA novel in verse Three Things I Know Are True, which was a Kids’ Indie Next List Top Ten Pick and an ALA- YALSA Best Fiction for Young Adults nominee. When writing The Natural Genius of Ants, Betty kept an ant farm and cared for a carpenter ant queen. She’s worked as a pediatric nurse and lives in a small town in central Maine. You can find her online at bettyculley.com.