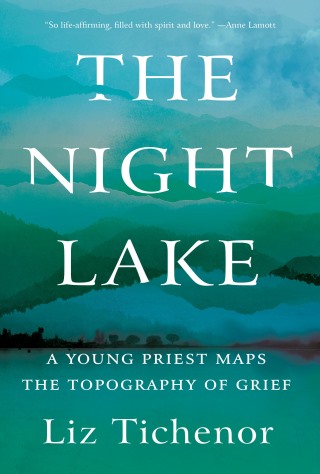 A Young Priest Maps the Topography of Grief

Called "such a sad, tough story, but finally so life-affirming, filled with spirit and love" by Anne Lamott, this is a raw and intensely affecting memoir by a young priest about loss of a child, its grief and its aftermath, and the hard-won joy that can follow.

Liz Tichenor has taken her newborn son, five weeks old, to the doctor, from a cabin on the shores of Lake Tahoe. She is sent home to her husband and two-year-old daughter with the baby, who is pronounced "fine" by an urgent care physician. Six hours later, the baby dies in their bed. Less than a year and a half before, Tichenor's mother jumped from a building and killed herself after a long struggle with alcoholism. As a very young Episcopal priest, Tichenor has to "preach the Good News," to find faith where there is no hope, but she realizes these terrible parts of her own life will join her in the pulpit.

The Night Lake is the story of finding a way forward through tragedies that seem like they might be beyond surviving and of carving out space for the slow labor of learning to live again, in grief.

Liz Tichenor: LIZ TICHENOR has put down roots in the Bay Area but is originally from New Hampshire and the Midwest. An Episcopal priest, she serves as rector at the Episcopal Church of the Resurrection, Pleasant Hill, California. Tichenor and her husband, Jesse, are raising two young children and continuing to explore the adventure of living, parenting, and serving in their community.