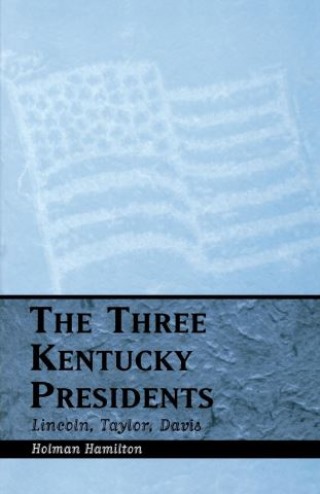 The three Kentucky presidents—Abraham Lincoln, Zachary Taylor, and Jefferson Davis—were profoundly shaped by their experiences in Kentucky, poised as it was on the border between the North and the South, the East and the Western Frontier. Holman Hamilton asserts that these leaders were personally and politically influenced by their connections to the state. The contrasting traits of western frontiersman and southern aristocrat illuminate Kentucky's heritage and affected Taylor, Lincoln, and Davis, presidents during one of America's most troubled eras. Frontier values influenced Lincoln's and Taylor's views on the major issues of their time: extension of slavery, which they opposed, and preservation of the Union, which they supported. Davis's career reflects Southern values, leading him to favor slavery's extension and the Confederacy.

Holman Hamilton: Holman Hamilton is the author of a two-volume work about Zachary Taylor. A former Guggenheim fellow, he also wrote The Three Kentucky Presidents.