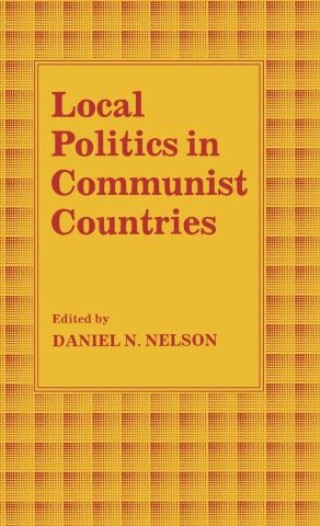 There are many reasons why it is important to study local politics—political culture, government, political process—in Communist party states. As in all politics, local politics in Communist party states are the political articulation of the local community. This is the political arena where policies concerning local issues are formulated by the officials. This is where the officials are approached by citizens with their particular demands. This is where citizens articulate their preferences, aspirations, and values through political participation. And this is where officials, both elected and appointed, are recruited.

In this volume, Daniel N. Nelson has assembled a team of international scholars to consider local politics in Communist party states including the U.S.S.R., China, Poland, Yugoslavia, and Romania. Together, they explore how local social and political forces are articulated in the national and party organizations; they also reveal how the study of comparative local politics provides vitality for the study of national politics. Rather than treating local communities as receivers and translators of national inputs, the contributors demonstrate that the local dimension and national politics mutually influence one another and illuminate the social reality in communist societies.