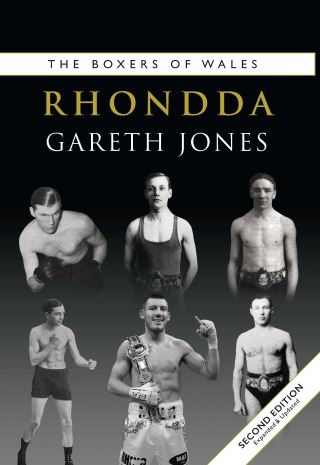 The Rhondda Valleys have always produced hard men. The descendants of those who flocked there in the nineteenth century to work in the expanding coalfield combined to form a special kind of society, in which brawn and brain were equally respected. While the famous miners' institutes nurtured the intellect, each village also had its gymnasium and these spawned some of the fight game's most famous practitioners. Jimmy Wilde was arguably the greatest British boxer of all time, while a whole nation stayed up to listen to the radio commentary of Tommy Farr's brave challenge to the legendary Joe Louis. Since this book first appeared Liam Williams has breathed new life into an old tradition. This updated and expanded volume tells the stories of Wilde and Farr, of course, but also those of more than 45 others, including Wales's forgotten world champion, Percy Jones, and two who wore the Lonsdale Belt, Tom Thomas and Llew Edwards. With 125 illustrations, many seen for the first time, this is the definitive account of Rhondda's boxing heritage and is essential reading for anyone interested in the square ring.

Gareth Jones: Gareth Jones has been writing and broadcasting on boxing in Wales for nearly half a century. He covered the sport for the South Wales Echo for more than 15 years and is still the Welsh Correspondent of the trade weekly, Boxing News.