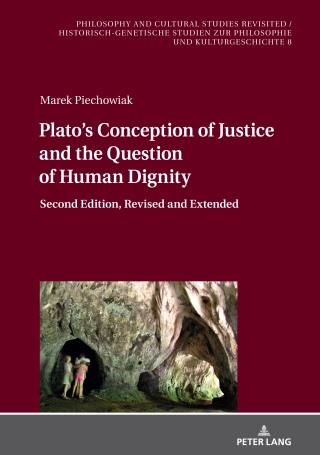 Platos Conception of Justice and the Question of Human Dignity

This book is the first comprehensive study of Plato’s conception of justice. The universality of human rights and human dignity—recognized as the source of the former—are among the crucial philosophical problems in modern-day legal orders and in contemporary culture in general. If dignity is genuinely universal, then human beings also possessed it in ancient times. Plato not only perceived human dignity, but a recognition of dignity is also visible in his conception of justice, which forms the core of his philosophy. Plato’s Republic is consistently interpreted in the book as a treatise on justice, relating to the individual and not the state. The famous myth of the cave is a story about education taking place in the world here and now. The best activity is not contemplation but acting for the benefit of others. Not ideas but individuals are the proper objects of love. Plato’s philosophy may provide foundations for modern-day human rights protection rather than for totalitarian orders.

Marek Piechowiak habilitated in philosophy and is a professor of legal sciences. His scholarly work primarily concerns the philosophical foundations of international and constitutional protection of human rights, including in the historical perspective. He works in the Institute of Law at the SWPS University.