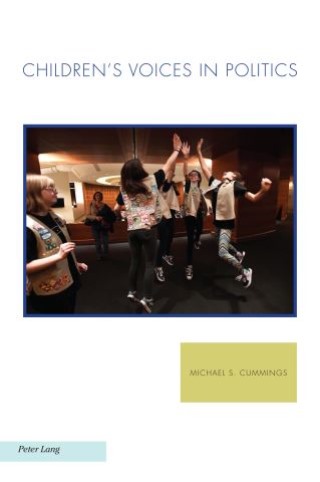 Is the official political silencing of children in a democracy rational and just, or is it arbitrary and capricious? How might democratic polities benefit from the political engagement and activism of young people? Michael Cummings argues that allowing children equal political rights with adults is required by the basic logic of democracy and can help strengthen the weak democracies of the twenty-first century. A good start is for governments to honor their obligations under the ambivalently utopian UN Convention on the Rights of the Child. Children’s political views differ from those of adults on issues such as race, sex, militarism, poverty, education, gun violence, and climate change. Young activists are now sparking change in many locations around the globe.

Michael S. Cummings is founding Chair and Professor Emeritus of Political Science at the University of Colorado Denver and University of Colorado President’s Teaching Scholar. He is author or editor of nine books and dozens of articles and book chapters, including the APSA award-winning book Beyond Political Correctness: Social Transformation in the United States. He is a long-time activist in electoral politics and progressive causes, especially the rights of children and people with disabilities. He drew inspiration from the early activism of his children, Anthony and Eliza.